You are here: Home1 / Sustainabile fisheries 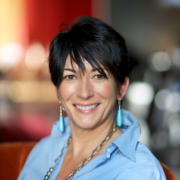 Guest blog by Ghislaine Maxwell, Founder of the TerraMar Project

The oceans cover over seventy percent of our planet’s surface. To quote former U.S. president John F. Kennedy, “We are tied to the ocean. And when we go back to the sea; whether it is to sail or to watch; we are going back from whence we came.”

The ocean creates more than fifty percent of the oxygen we breathe. It regulates our climate and generates ninety-eight percent of the rainfall. Sixteen percent of the global population depends on fish as its primary source of protein.

Fisheries employ approximately 200 million people and generate billions of dollars of revenue worldwide. International trade in coastal and marine fisheries in the U.S. alone is worth $70 billion. By any measure, the ocean is essential to life on Earth as we know it.

Despite the ocean’s essential role to our food security and to trade, its value and importance are undervalued. The ocean is at the bottom of our consciousness, the last on anyone’s philanthropic giving list and the least important in terms of government policy.

At the TerraMar Project, a nonprofit whose mission is to create a global community to speak for the high seas, we aim to change that, raising the profile of the ocean in our daily lives. If we do not value our ocean or fully understand the essential global services it provides, how can we protect it? If we eat the last of the remaining fish, allow pollution to run rampant, continue to dump trash in the ocean, and to mine at will, where does that leave future generations?

Legendary ocean explorer Jacques Cousteau summarized it perfectly when he said, “For most of history, man has had to fight nature to survive; in this century he is beginning to realize that, in order to survive, he must protect it.”

The TerraMar Project was created to build a global community of citizens to ask governments and industries to mandate sustainable use of the ocean resources. One of our top priorities is asking for an ocean-specific Sustainable Development Goal at the United Nations in September 2014 when the UN votes on a global sustainable roadmap.

Consumers, investors; including impact investors; and businesses have a crucial role to play. Food resources, financial benefit, and planetary services all have an immense dollar value attached to them. Loss of fish stocks leads to job losses. Poor ocean management results in $50 billion dollars of lost revenue a year, according to the World Bank.

Ocean acidification, caused by the ocean absorbing carbon pollution, and ocean warming are leading to damaged food chains, stronger storms and subsequent vast economic loss; think hurricane Sandy or typhoon Huiyan with commensurate loss of life and property. The ocean is ripe for impact investment that is based in sustainable management. It behooves us all to protect one of our greatest resources.

When a single fish costs $1.7 million dollars, we can agree that scarcity is driving up the price. That’s what someone paid for a blue fin tuna in 2013.

Why should anyone care if one species is fished to extinction? The ocean requires its apex predators such as tuna to maintain balance. And tuna is not the only apex species under threat. We are extracting 100 million sharks a year; only for their fins; and the number of many other apex species are at historic lows. The fine balance is changing and the outlook is negative.

Wild fish is most renewable and sustainable food source we have. If properly managed, fished, and maintained, we can have a balanced ocean ecosystem and global fish stocks to last generations while feeding a growing population.

Investments in sustainable fisheries and ocean preservation ventures need to move from uncoordinated innovation to a mature marketplace while building easy-to-understand and profitable models that can capitalize on the growing interest from impact investors.

The consumer market needs further development as well. The fish and seafood supply chain is overrun with middlemen; a fish can change hands fourteen to fifteen times before it hits the plate in the U.S. This opaqueness makes it hard for sustainable suppliers to differentiate themselves from their unsustainable competitors. Also, it is often difficult for the end user to know the true origin or variety of fish. If you take the head and skin off of a fish, most professional chefs can’t tell which fish it is.

There are only a few main fish processors dominating the industry and this makes it difficult for others to enter the business. Some of the biggest business opportunities, as a result, lie in traceability, processing technology, and branding.

Other challenges face the seas because we treat the world’s oceans like a giant trashcan. Five massive whirlpools of debris; mostly plastic

; churn in five major oceans. Between Hawaii and San Francisco alone, an estimated 3 million tons of rubbish fill the water. Much of the material is suspended in the water column or broken into tiny bits called microplastics, which carry toxic contaminants. Plastic debris of all sizes kills millions of fish, sea birds, and marine mammals every year. Discarded fishing gear, some of the pieces large enough to shroud skyscrapers, drift through the water catching and killing everything in their path.

TerraMar seeks to partner with all relevant industries to promote best; and sustainable; practices on and around the ocean.

In fisheries, TerraMar would like to promote sustainable and managed fisheries that have a proven track record of increasing fish stocks and promoting an industry standard, both of wild and farmed fish. The more fish there are in the ocean, the healthier and more resilient the ocean will be. The more marine parks we establish, the more fish there will be in the ocean. The more we adopt sustainable fishing practices, the more we can count on fish remaining a key food source for future generations.

TerraMar needs your participation to secure a thriving ocean. You can start by signing the I Love the Ocean Pledge. Join the biggest movement for change in the ocean.