Blog - Latest News
You are here: Home / Agriculture / What’s That in Your Fruit Salad? 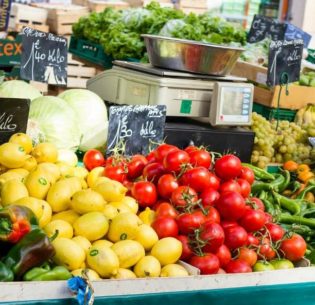 BRUSSELS, Belgium, October 12, 2017 (Maximpact.com  News) – A pregnant woman eating a salad of fresh fruit grown by conventional agriculture in the European Union may think she is providing healthy nourishment to her future baby, but in fact she might be exposing it to a cocktail of endocrine disrupting chemicals.

In an effort to protect women like her, the EU’s 2009 Pesticide Regulation was the first to address endocrine disrupting chemicals (EDCs) as hazards. It requires the European Commission to establish a set of scientific criteria to identify which chemicals have endocrine disrupting properties by December 2013 and to remove them from the market.

But more than three years past the deadline, endocrine disrupting pesticides are still used in agriculture without restrictions. This means that they end up as residues in food, and people are exposed to them on a daily basis.

Eating the residue of endocrine disrupting chemicals sprayed as pesticides on fruits and vegetables has, in scientific studies, been linked to altered reproductive function in both males and females, increased incidence of breast cancer, abnormal growth patterns and neurodevelopmental delays in children, as well as changes in immune function.

A joint United Nations – World Health Organization study issued in 2013, the most comprehensive report on EDCs to date, links exposure to EDCs and health problems such as non-descended testes in young males, prostate cancer in older men, developmental effects on the nervous system in children, attention deficit disorder and hyperactivity in children as well as thyroid cancer.

Of special concern are effects on early development of both humans and wildlife, as these effects are often irreversible and may not appear as serious adverse effects and disease until later in life.

But which chemicals act as endocrine disrupters? Arriving at a list of criteria to answer that question has been difficult.

On October 4, the European Parliament rejected the Commission’s latest attempt at defining criteria for endocrine disrupting pesticides with 389 of the 694 MEPs voting No.

For the first time, the Parliament used its democratic right of “scrutiny,” the right to block a Commission proposal, which was based on World Health Organization criteria to identify endocrine disruptors,

The Commission now must change the proposal, working together with the representatives of the Member States in the Standing Committee.

The rejected criteria proposal has been characterized as scientifically unfit to protect people from the potential harms caused by endocrine disrupting chemicals.

With the vote, the criteria proposal was deemed unlawful, as the Commission went beyond its legislative power in implementing an exemption from the Pesticide Regulation for non-target organisms.

Following Parliament’s rejection, the Commission is now expected to delete the last paragraph of the draft criteria proposal, which introduced an exemption for pesticides designed to disrupt target pests’ endocrine systems even if these were causing endocrine disruption and consequent harm to non-target creatures.

This was not in the Commission’s mandate and contradicts the requirements of the pesticide regulation that specifically calls on regulators “not to approve substances that are considered to have endocrine disrupting properties that may cause adverse effects on non-target organisms” (Annex II, 3.8.2).

After the vote, Health and Food Safety Commissioner Vytenis Andriukaitis of Lithuania said he strongly believes that in this case “no deal is a bad deal for EU citizens.”

He said the scientific criteria propsed by the Commission “would have ensured better protection of human health and the environment as well as served as a stepping stone to a wider strategy on endocrine disruptors.”

The vote means that the scientific criteria put forward by the Commission that had been supported by Member States in early July after months of thorough discussions cannot be adopted. Andriukaitis said the Commission will now need to reflect on next steps to take.

“We need the Commission to put forward legislation on this issue, as demanded some eight years ago by the European Parliament under the Pesticides Regulation,” said McGuinness, a member of the Parliament’s Environment and Agriculture Committees.

In McGuinness’ view, the issue is a wider one that cannot just be addressed at the EU level. “We need a globalised harmonisation of what chemicals are endocrine disruptors and whether they should be completely removed from use in agriculture. It is not enough for the EU to tighten up our legislation if we do not encourage non-EU crop producers to do likewise,” she said.

“The EU imports crops from across the globe – often grown using products not allowed in the EU or products which may in future be banned. If a chemical is harmful in the EU, it is harmful elsewhere and we should work to have high global standards.

The pesticide Chlorpyrifos for example, which acts on the nervous systems of insects, is at the top of the list and has been reported to cause neurodevelopmental toxicity in humans, affecting the brains of infants and children.

“Farmers inside and outside the EU need the same level of protection and so do consumers. There is an opportunity to address this in our trade relationships with other countries,” said McGuinness.

One-third of European fruit contains 27 endocrine disrupting pesticides, reported in scientific literature to cause endocrine disruption in animals and probably in humans, according to Pesticide Action Network-Europe’s latest analysis.

The analysis was based on 2015 monitoring data of fruit and vegetables from all EU Member States, which PAN-Europe obtained through a public access to documents request.

Mandarins, oranges, grapes, and peaches are all at the top of the list, turning a healthy fruit salad into a potentially toxic cocktail.

A smaller but still important amount (17-40 percent) of popular vegetables, such as lettuce and tomatoes, also were found to contain endocrine disrupting pesticides, and several fruit and vegetables contained not just one pesticide, but up to eight EDPs per sample. Their potential for combined toxic effects has not been assessed.

It appears that no country remains unaffected.

PAN Europe congratulated the European Parliament for recognizing that the new derogation was illegal and would inevitably result in pesticides designed to be endocrine disruptors to stay on the market.

The criteria already require such a high burden of proof to identify a substance as an endocrine disruptor, that it remains unclear how many pesticides, if any, will be regulated, says PAN Europe environmental toxicologist Angeliki Lysimachou.

“A matter of such importance involving our food and affecting the most vulnerable demands immediate action, and if EU regulators fail to protect us then it’s down to Member States to take action, Lysimachou said. “These chemicals have no place neither on our table, nor in the production of our food.” 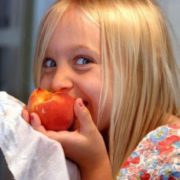 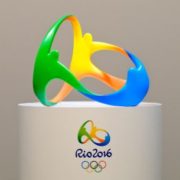 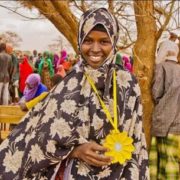 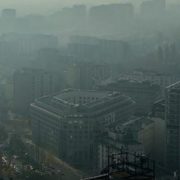 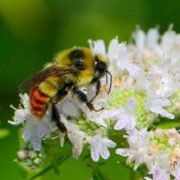 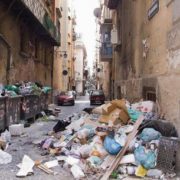 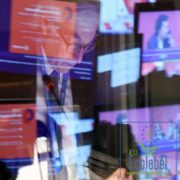 Biochar: ‘Black Gold’ With a Hundred Uses
Scroll to top