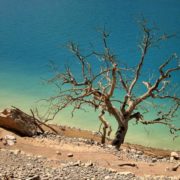 BRUSSELS, Belgium, November 20, 2018 (Maximpact.com News) – If global warming rises more than 2°C above pre-industrial levels and no adequate adaptation measures are taken, Europe is at risk of being exposed to more frequent, intense extreme weather conditions with serious economic impacts.

This outlook results from a detailed assessment of the impact of climate change on Europe’s economy, society and environment made by the Joint Research Centre (JRC), the Commission’s science and knowledge hub and released on Friday.

The assessment, written by Ignacio Pérez Domínguez and Thomas Fellmann, shows that under a high warming (above 2°C) scenario:

Most of these climate damages would be greatly reduced under a scenario that keeps warming below the 2°C threshold.

It brings together experts in economics, biology, physics and engineering to calculate the physical impacts and economic costs of climate change in Europe.

Understanding the possible consequences of climate change is important to design adaptation policies that can help to minimize negative consequences and maximize positive effects.

The European Commissioner for Climate Action and Energy Miguel Arias Cañete is reaching out to other high-emitting countries to foster understanding of the EU’s climate control policies. He spoke at the Tsinghua University in Beijing on November 9, explaining European climate policy and what actions the EU is taking to avert the most dangerous effects of rising temperatures.

Currently, the European Union is implementing its 2020 climate and energy package, said Arias Cañete. Agreed by EU leaders in 2007, this package has three key targets:

Southern Europe to Be Hardest Hit

It appears that the Mediterranean area will be the most impacted by climate change.

The PESETA III assessment shows that in several impact areas there is a clear geographical north-south divide; countries in southern Europe will be more affected by global warming than those in the north.

This is clearly the case for heat-related deaths, water resources, habitat loss, energy demand for cooling and forest fires.

For most of these, the report compares a scenario where actions to limit warming to 2°C are successful, compared to one where they are not.

From the economic perspective, the losses associated with heat-related mortality represent “a very significant share of damages” in a high warming scenario.

Other shares, in order of importance, are: coastal flooding, labor productivity, agriculture and river flooding.

The transboundary effect of these four impact categories was estimated to increase the EU welfare loss by 20 percent in a high warming scenario.

The authors stress that the boundary effects could be far greater when all potential impacts of climate change are considered.

In 2015, the world’s governments adopted the Paris Agreement on climate change, the first-ever universal and legally binding agreement to limit global warming, and deal with its dangerous impacts.

The Paris Agreement emerged after the world’s scientists concluded that global warming is happening, and that human activity – greenhouse gas emissions from our economies and industries – is the key cause.

Now, three years later, global negotiations are taking place to make sure that the Paris Agreement is properly implemented. In December, world leaders will gather in Katowice, Poland for the United Nations COP24 conference on climate, where they intend to finalize the Paris Agreement’s rules and guidelines.

The 10-day COP24, which opens December 2, has a new global scientific assessment to guide policy-making and add urgency to negotiations. Released in October, the new special report by the Intergovernmental Panel on Climate Change (IPCC), shows that a temperature rise of 1.5 degrees would avoid some of the worst climate impacts, and reduce the likelihood of extreme weather events.

But the IPCC report warns that current climate commitments are not enough to achieve this goal.

The IPCC report shows that, “… 1.5 degrees is achievable – as long as we act urgently, and use every tool at our disposal,” Commissioner Arias Cañete told his audience in Beijing. “So,” he said, “it is clear that we must work together and raise the collective global ambition.”

At the opening of a ministerial meeting in Krakow on October 23, designed to prepare for the outcome of COP24, the Executive Secretary of UN Climate Change Patricia Espinosa outlined her expectations for the conference.

“The Special Report by the IPCC unequivocally states that the world is not on track to limiting global temperature rise to 1.5°C, as outlined in the Paris Agreement – and the window to achieve this is closing rapidly. We’re almost out of time,” Espinosa declared.

“And it’s not a suggestion – it’s a warning … a warning that we are in danger of running out of time before runaway climate change is beyond our control.”

“This is frightening – for everyone,” Espinosa said. “And people throughout the world have made it very clear. They expect their representatives – you – to do something about it.”

Espinosa, who hails from Brazil, is urging all nations to get to work immediately to begin resolving the climate crisis.

“It will create conflict over resources and impact migration. It’s estimated that climate change could displace between 50 million and 200 million people by 2050. Worse, it will result in incredible suffering and hardship for people and societies throughout the world,” Espinosa

But addressing climate change, and committing to a low-emissions future—one that is more resilient and sustainable—offers incredible opportunity.

And that means new markets, new businesses, and, for so many people throughout the world, new jobs…quality jobs…a just transition to a future that is just for all people.