BRUSSELS, Belgium, December 13, 2018 (Maximpact.com News) – Negotiators from the European Parliament, Council and Commission have just reached political agreement on new EU rules for fertilizers proposed by the Commission in 2016 as a key deliverable of the Circular Economy Package.

The Package consists of a 2015 EU Action Plan for the Circular Economy that establishes a concrete and ambitious program of action, with measures covering the whole cycle – from production and consumption to waste management and the market for secondary raw materials and a revised legislative proposal on waste.

The proposals will contribute to “closing the loop”of product lifecycles through greater recycling and re-use, and bring benefits for both the environment and the economy, the Commission said in a statement.

The new rules will facilitate opening the EU Single Market to organic and waste-based fertilizers.

The agreement also introduces limits for cadmium and other contaminants in phosphate fertilizers. This is intended to help reduce waste, energy consumption and environmental damage, as well as limit the risks to human health.

“These new rules will also help to create a new market for reused raw materials in line with our efforts to build a circular economy in Europe,” said Katainen.

Under the 2015 Circular Economy Action Plan, the Commission called for a revision of the EU regulation on fertilizers to facilitate the EU-wide recognition of organic and waste-based fertilizers.

The sustainable use of fertilizers made from organic waste material in agriculture could reduce the need for mineral-based fertilizers, the production of which has negative environmental impacts, and depends on imports of phosphate rock, a limited resource.

Under current rules, only conventional, non-organic fertilizers, typically extracted from mines or produced chemically, can freely be traded across the EU. Innovative fertilizing products produced from organic materials are outside the scope of the current fertilizers Regulation.

Their access to the EU Single Market is therefore dependent on mutual recognition between Member States, which can be difficult due to diverging national rules. Such products have a competitive disadvantage which hampers innovation and investment in the circular economy.

The Commission points to estimates that show if more bio-waste was recycled, it could replace up to 30 percent of non-organic fertilizers.

Currently, the EU imports around six million tonnes of phosphates a year but could replace up to 30 percent of this total by extraction from sewage sludge, biodegradable waste, meat and bone meal or manure.

Elżbieta Bieńkowska, commissioner for internal market, industry, entrepreneurship and SMEs, said, “The new EU rules will open up new market opportunities for innovative companies producing organic fertilizers and create new local jobs, provide wider choice for our farmers and protect our soils and food. At the same time we are also making sure that our European industry will be able to adapt to the proposed changes.”

Mineral fertilizer is defined by a set of numbers with hyphens describing the ratio of nitrogen, phosphorous, and potassium, the NPK ratio. 15-15-15 fertilizer is a fertilizer that contains equal parts of each element. November 1, 2012 (Photo by International Institute of Tropical Agriculture) Creative Commons license via Flickr.

The agreement on the Fertilizing Products Regulation will open the market for new and innovative organic fertilizers by defining the conditions under which these can access the EU Single Market.

The Regulation will provide common rules on safety, quality and labelling requirements for all fertilizers to be traded freely across the EU.

Producers will need to demonstrate that their products meet those requirements before affixing the CE mark, a certification symbol that indicates conformity with health, safety, and environmental protection standards for products sold within the European Economic Area.

The Regulation for the first time introduces limits on toxic contaminants, including a new 60 mg/kg limit for cadmium which will be further reviewed four years after the date of application.

This is intended to guarantee a high level of soil protection and reduce health and environmental risks, while allowing producers to adapt their manufacturing process to comply with the new limits.

To encourage the use of even safer fertilizers, producers will also be able to use a low-cadmium label applicable to products with less than 20mg/kg cadmium content. These rules will affect those fertilizers that choose to affix CE marking.

A manufacturer who does not wish to CE-mark the product can choose to comply with national standards and sell the product to other EU countries based on the principle of mutual recognition.

On November 21 the industry group Fertilizers Europe released its Vision report defining the pathway for the evolution of the European mineral fertilizer industry to 2030.

The report, “Feeding Life 2030: The European Fertilizers Industry at the Crossroads between Nutrition and Energy,” lays forth a long-term vision for the industry.

The report aims at answering a key question – how to meet future food needs of a growing population in a more energy and environmentally efficient way, while at the same time meeting growing demand for clean energy and better use of resources.

Jacob Hansen, director general of Fertilizers Europe, said, “Under the right legislative framework, the fertilizer industry could play a vital role in the context of the EU’s ambition to lead sustainable agricultural production and to maintain a strong industrial base while at the same time shifting towards decarbonized economy.”

From the industry’s perspective, mineral fertilizers perform a fundamental role, feeding almost half of the global population. While globally undernourishment remains a major issue, Europe’s efforts are increasingly focused on enhancing the sustainability of agricultural practices.

“Digitalization of agriculture, new fertilizing products and better advice offers the prospect of meeting future food needs more sustainably. Applying more knowledge per hectare is what will drive the improvements in the fertilizer industry and in the entire agricultural sector,” said Hansen.

Feeding Life 2030 points out that the mineral fertilizer industry is a highly competitive global industry. “Large amounts of fertilizers are traded between continents and competition between producers is fierce. Policy-makers need therefore to pay attention to the competitive situation of the European industry,” for positive development to take place, the report states.

“Our Vision for the evolution of fertilizer industry is very ambitious. In order to deliver on its Vision, we call for a policy framework that supports farmers in optimizing the use of fertilizers, as well as enables the industry to continue to excel in the production of fertilizers while retaining its international competitiveness.”

Once approved, the Regulation will be directly applicable in all Member States and will become mandatory in 2022. 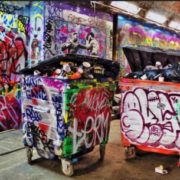