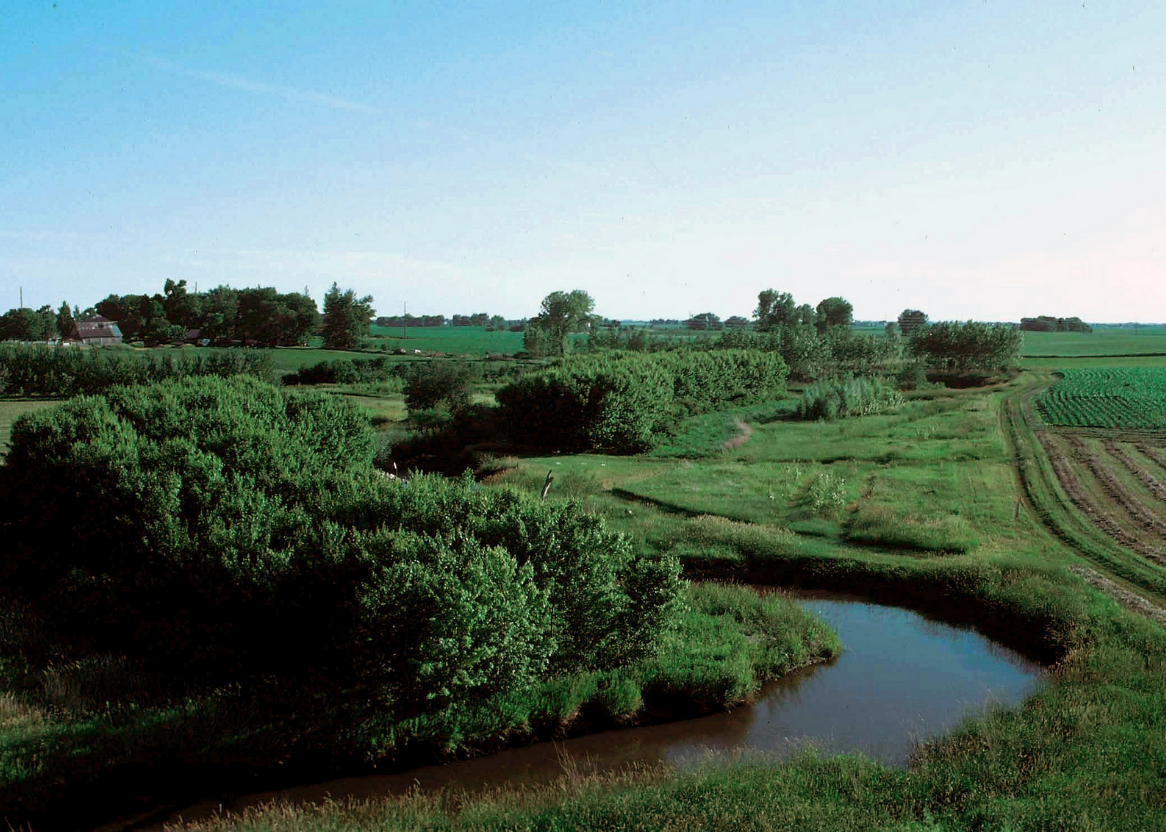 Trees and grass established as part of a riparian buffer on the Ron Risdal farm in Story County, Iowa. The Iowa State University AgroEcology team has helped landowners along this stream, Bear Creek, establish miles of buffers and earn the stream recognition as a U.S. national demonstration site, June 6, 2016 (Photo by U.S. Dept. of Agriculture) Public domain

NAIROBI, Kenya, August 30, 2016 (Maximpact.com News) – Globally, 1.2 billion people depend on agroforestry farming systems, especially in developing countries, the World Bank calculates. Yet, trees on farms are not even considered in the greenhouse gas accounting framework of the Intergovernmental Panel on Climate Change (IPCC).

Agroforestry systems and tree cover on agricultural lands make an important contribution to climate change mitigation, but are not systematically accounted for either in global carbon budgets or in national carbon accounting, concludes new research conducted by a team of researchers in Africa, Asia and Europe.

The scientists assessed the role of trees on agricultural land and the amount of carbon they have sequestered from the atmosphere over the past decade.

Their study, titled “Global Tree Cover and Biomass Carbon on Agricultural Land: The contribution of agroforestry to global and national carbon budgets,” looks at biomass carbon on agricultural lands both globally and by country, and what determines its distribution across different climate zones.

Robert Zomer of the World Agroforestry Centre in Nairobi, lead author of the study, said, “Remote sensing data show that in 2010, 43 percent of all agricultural land globally had at least 10 percent tree cover, up from eight percent in the preceding decade.“

“Given the vast amount of land under agriculture,” Zomer said, “agroforestry may already significantly contribute to global carbon budgets.“

Large forest areas in the tropics are still being cleared for agricultural production to feed the world’s swelling population, now approaching 7.5 billion.

The researchers found that while tropical forests continued to decline, tree cover on agricultural land has increased across the globe, absorbing nearly 0.75 gigatonnes of the greenhouse gas carbon dioxide (CO2) every year.

“If tree cover is accounted for, the total carbon stock is over four times higher than when estimated using IPCC Tier 1 estimates alone,” said Xu. 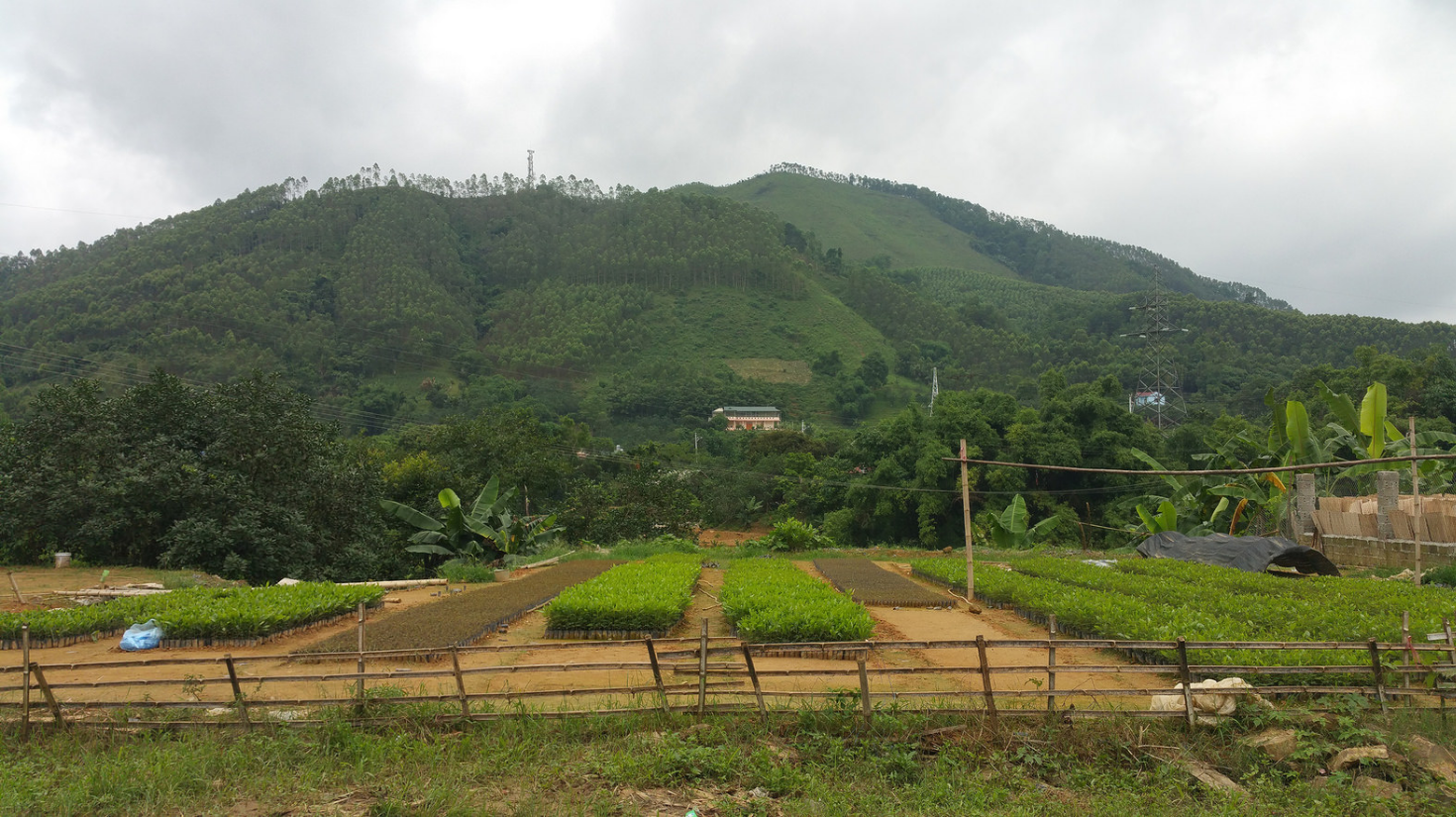 In the IPCC system, a tier represents a level of complexity used for categorizing emissions factors and activity data. Tier 1 is the basic method; it utilizes IPCC-recommended country-level defaults. Tiers 2 and 3 are each more demanding in terms of complexity and data requirements.

Given the vast stretches of agricultural land where the potential for tree cover is not yet realized, the study suggests that a huge greenhouse gas mitigation potential exists and should be explored more systematically.

For this study, researchers mapped and tabulated regional and country-level variation in biomass carbon stocks and trends globally, and for each country.

Brazil, Indonesia, China and India had the largest increases in biomass carbon stored on agricultural land, while Argentina, Myanmar, and Sierra Leone had the largest decreases.

“The results of our spatial analysis show that trees on agricultural land sequestered close to 0.75 gigatonnes of carbon dioxide globally per year over the past decade,” said Henry Neufeldt, head of climate change research at the World Agroforestry Centre.

“If we can harness good policies to enhance positive examples and stop negative trends, trees in agricultural landscapes can play a major role in greenhouse gas mitigation,” Neufeldt advised. “But no one should say that this is already solving the problem for agricultural emissions as long as we do not know what is actually happening on the ground.“

The Global Tree Cover and Biomass Carbon on Agricultural Land analysis is part of on-going research at the Center for Mountain Ecosystem Studies, an applied research laboratory jointly managed by the Kunming Institute of Botany, part of the Chinese Academy of Sciences, and the World Agroforestry Centre. Their research is focused on mountain ecosystems, biodiversity, traditional communities, and development pressures affecting natural and cultural resources.

Answering this question can be most successful when it is the outcome of a participatory planning process during which local farmers share their knowledge in the development of a village-level land-use planning map to help improve community farming decisions.

As one of the most vulnerable regions in the world, Southeast Asia is on the front lines of the battle against climate change. Hundreds of millions of people are at risk as increasing temperatures, flooding, and rising sea levels threaten livelihoods, incomes and food security.

Ma Village, population 729, lies in Vietnam’s Yen Bai province. It is one of CCAFS’ six Climate-Smart Villages in Southeast Asia. These communities are prone to climate change impacts, so CCAFS has been introducing climate-smart agriculture practices to enhance food security and capacity to adapt to and mitigate climate change.

Despite its great agricultural potential, the sustainability and profitability of agricultural production in Ma Village remain inadequate as the climate-risk area suffers from the depletion of natural resources, land degradation, and water pollution.

During spring, water shortages due to deforestation compromise the supply of irrigation water, which affects agricultural production, with the rice paddies most at risk.

A community land-use planning activity this year concluded with the farmers’ decision to replace the cultivation of rice crops with drought-tolerant cash crops during the spring season and support reforestation in the upland area of the village.

In residential areas, farmers agreed to replace mixed gardens with fruit trees such as pomelo, lemon and banana.

While almost one-third of the world’s forested areas are under some form of community management, the approach has not reached its full potential.

The FAO report recommends that governments provide communities with secure forest tenure, improve regulatory frameworks, and transfer to them appropriate and viable skills and technologies.

“What is missing in most cases is the political will to make it happen,” said Müller. “Political leaders and policy makers should open the door to unleash the potential of hundreds of millions of people to manage the forests on which the whole world depends for a better and sustainable future.”